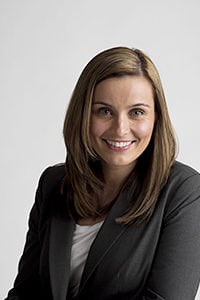 When did you start with SBE?

Did you start as a clerk?

Yes. I went to a local law school, University of La Verne College of Law, and I met Mike Bidart and Ricardo Echeverria through school activities. Mike offered me a clerkship at the end of my third year of law school. Since I was studying for the bar exam that summer, he offered to push the start of the clerkship to August.

What did you do prior to joining Shernoff Bidart Echeverria?

I was a student athlete at Seattle University.

What was your interest in joining the plaintiffs side instead of going to a big defense firm?

I am eager to help and connect with individual clients.

I had no legal experience before starting law school, and no expectation what type of law firm I would end up at. Over the course of my three years at La Verne, it became clear to me that I was not interested in criminal, family, or probate law. After my trial skills class during my third year, I became interested in civil trials. Shortly thereafter Mike offered me a clerkship.

Since joining the firm, what has your practice focused on?

My practice has focused on insurance bad faith and personal injury. I have assisted with one dangerous condition case.

A dangerous condition is a condition of public property that creates a substantial risk of injury to the general public when the property is used with reasonable care and in a reasonably foreseeable manner.

What are some of the more memorable cases you’ve worked on?

I have been blessed with wonderful opportunities both in trial and arbitration. I have second-chaired five trials and two arbitrations in my first three years.

My first trial in Vista, California lasted 7 weeks with Ricardo Echeverria a couple of months after he was awarded the CAALA Trial Lawyer of the Year award, and five months after I was sworn in. It was an insurance-bad-faith case involving a property claim following the San Diego fires in 2007. I still remember my first day jitters. Ricardo allowed me to fully engage in the entire trial process. After 7 weeks of trial, we obtained an award of $3.3 million, including punitive damages.

Another memorable case was my first arbitration with Mike Bidart. We represented a group of emergency room doctors in an insurance-bad-faith lawsuit against their insurance company for failing to settle an underlying medical malpractice case. Arbitration was different than trial. The case was a tremendous opportunity to learn from one of the most fascinating attorneys I work with—Mike—and assist a wonderful group of clients to obtain justice. The doctors trusted their insurance company, only to be dragged down the wrong road. After a two-week arbitration, we obtained nearly $12 million for our clients.

Can you briefly describe the difference in preparing for a bad-faith trial versus a bad-faith arbitration?

You have to prepare for and remember throughout an arbitration that you have a different audience. Additionally, your audience in an arbitration has a written brief before your opening statement identifying the factual details, legal theories, and key issues in dispute.

Witness outlines and examinations are more detailed with basic concepts in a jury trial, even before you get to the specific factual details. In an arbitration, you may only discuss the general insurance concepts, which have already been addressed in your written brief, in your opening statement and not re-teach them through witness testimony or closing arguments.

How has your time at SBE been?

It’s been an exceptional opportunity for me to learn from some of the most accomplished attorneys in the industry. I was an out-of-state student and I did not know anyone in the legal field in California before I started law school. When I first met Mike and Ricardo, I realized that they were genuine, good-hearted people. I immediately wanted to work for them. In our profession you spend a lot of time with your coworkers, especially in trial and arbitration preparation, and I enjoy the time I spend with the other attorneys and partners at this firm.