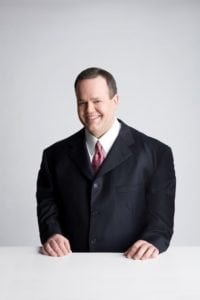 Ricardo Echeverria is a trial attorney with Shernoff Bidart Echeverria LLP handling insurance bad faith and catastrophic personal injury cases. Mr. Echeverria is a past-president of the Consumer Attorneys Association of Los Angeles (CAALA) the nation’s largest local association of plaintiffs’ attorneys. He was recognized as one of the Top 30 Plaintiff Lawyers in California in 2018, 2019, 2020, and 2021, and was named one of the Top 100 Attorneys in California in 2017 and 2018 by the Los Angeles Daily Journal. He was honored by the Orange County Trial Lawyers Association as the 2021 Top Gun Trial Lawyer of the Year. In 2019, he was honored with the Lifetime Legal Achievement Award from Consumer Watchdog. 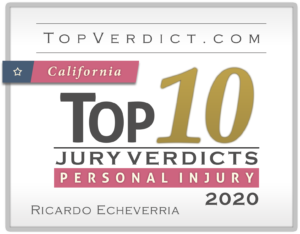 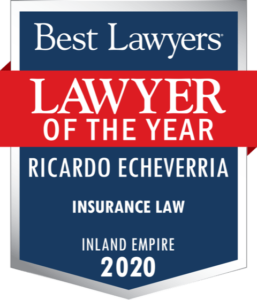